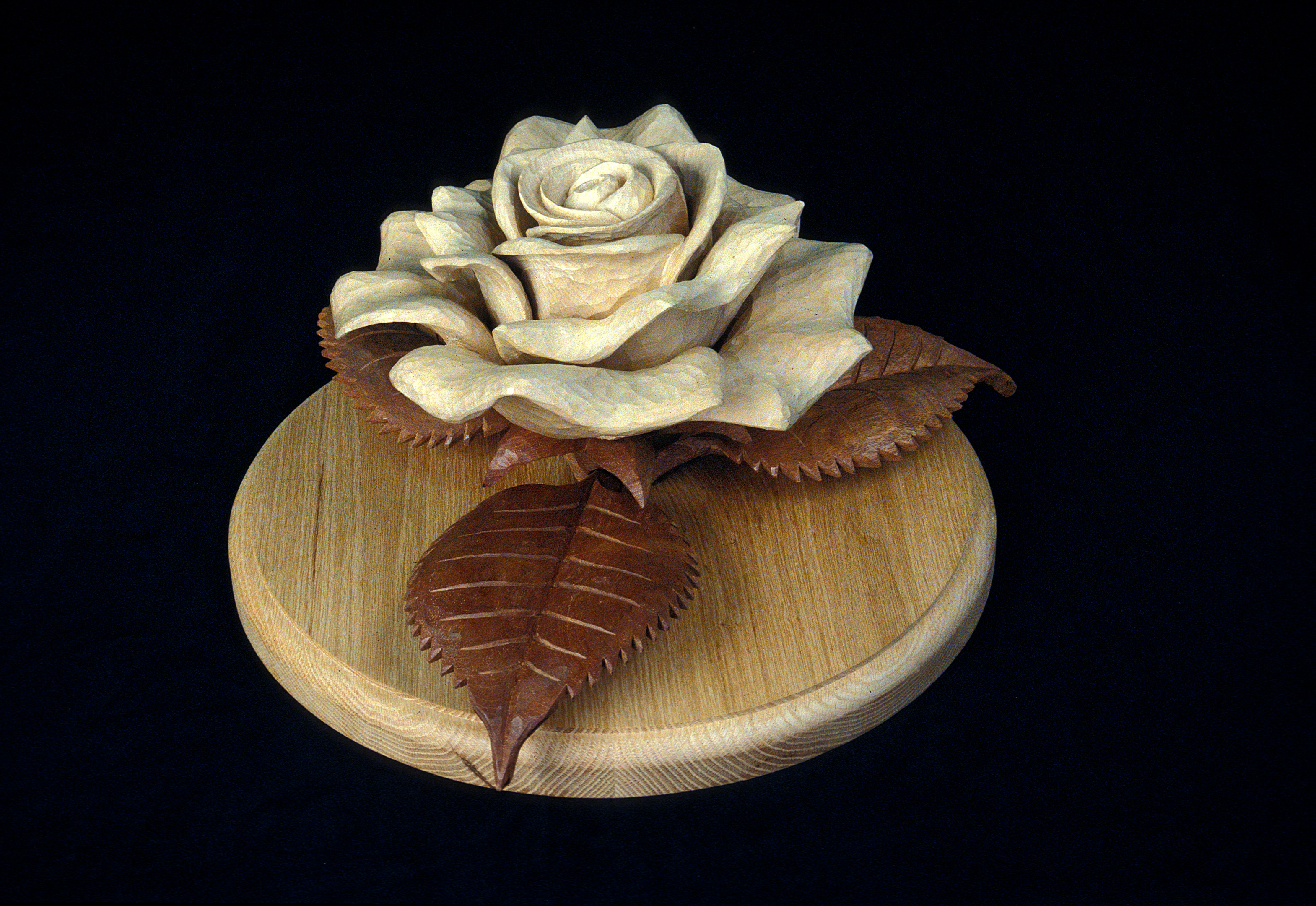 À Rebours (Against Nature) takes the form of a larger than life sized rose, carved from solid wood. It was inspired by the novel of the same title by J. K. Huysmans (1884). The novel is set at the end of the nineteenth century, written from the point of view of Des Esseintes, an aesthete who escapes Paris for a secluded existence in a remote villa. He is an archetype of “modern” man, his sensibilities refined to the point that a life in the real world is no longer tenable. His answer to this dilemma is to create an entirely synthetic world within the walls of his villa, an existence that Huysmans lovingly describes in the novel.

In creating this piece I took wood, a typically natural medium, and attempted to use it to create the most “unnatural” form possible, given the limitations of the material. An alternate translation of the phrase “À Rebours” is “against the grain”, and this is exactly what is involved in carving a flower from solid wood. The wooden rose stands as a challenge to nature, a failed attempt to improve upon the real, in the spirit of Des Esseintes. It also stands as a kitsch trope of our culture, in which case it bears witness to countless failed attempts to express the profundity of such concepts as Love and Beauty.