The Dilemma of Europe 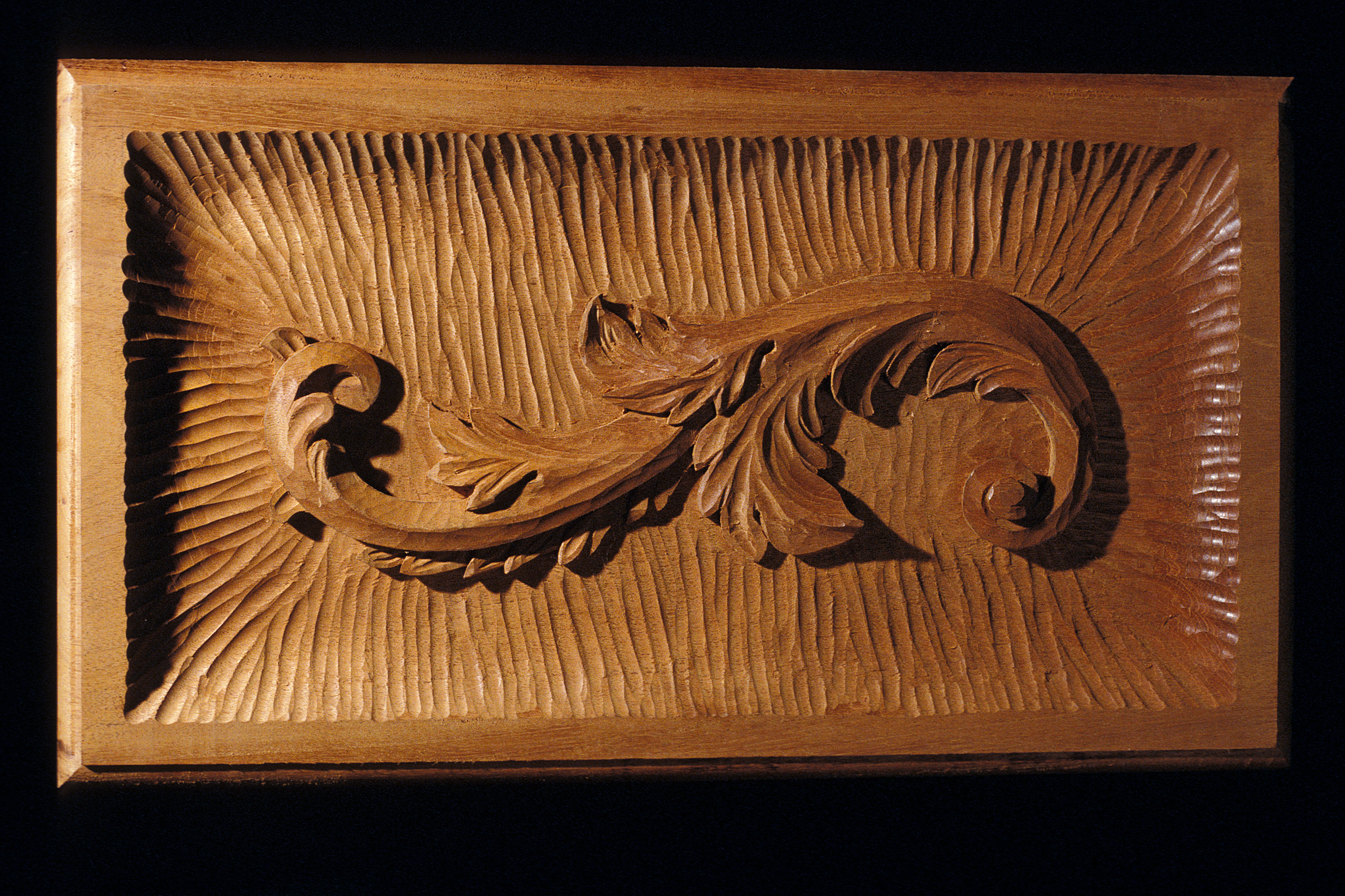 The Dilemma of Europe deals with the distance that has developed between our image of self (the soul, the mind) and the natural/outside world, which includes our own bodies. It makes use of the Acanthus motif, a decorative form that has been a part of western culture for at least two thousands years. In ancient Greece the Acanthus appears as a relatively simple representation of a real plant. Over the centuries it became more and more refined, until the decorative trope had lost any connection to a living part of the real world. In the process the form became highly sophisticated and codified; there are a number of different styles of Acanthus that a classical wood carver learns, none of which refer to a real plant. The price that was paid for this sophistication of craftsmanship was that the Acanthus lost any connection it once had to the vital life force of the natural world. It became a concept.